Happy New Year dear smartphone lovers. This is the era of smartphones. Every smartphone company released a new smartphone with new technologies. 2020 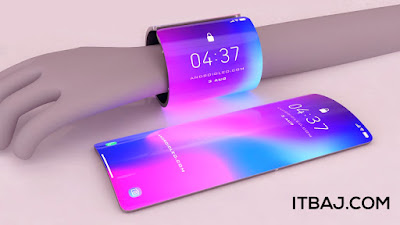 Have a look whats the upcoming game-changing smartphone of the 2020 year.

Samsung is a well-known smartphone brand with good quality. Samsung launching its New Samsung Galaxy S11 in this year. Samsung Galaxy S series is a powerful and good quality smartphone in the world. Samsung Galaxy S11 is coming with lots of special features with it. It has a quad rear camera which is 16 Megapixel, F/1.7, 13 Megapixel, f/1.9, 13 Megapixel, f/1.9, 5 Megapixel, f/2.4 Aperture and dual front camera which is 10 Megapixel, F/2.,0, 8 Megapixel, F/2.,0 Aperture. Also, it has 8GB RAM with Samsung Exynos 9 Octa 9820 Chipset. This is a powerful processor from Samsung.
The Design of this phone is amazing. f you want to take your phone viewing experience to the next level with a powerful Good Looking Design. It has 6.4″ Full View Display, Fully Extraordinary 3040*1440 Pixel high-resolution vivid detail will deliver new horizons of visual immersion with a 19.5:9 display ratio. It has also fast face unlock technologies. This mobile body Structure is also very good, Because of the Stylist Body. If you are a game and selfie lover then it’s only for you. Because its Processor is great 2.7 GHz.

I guess Xiaomi’s 50w wireless charging system will be launched this year. They are working on it but that may not be ready in the first half of this year 2020. However, 66 Watts of wired charging is happening soon with Xiaomi Mi 10 & Mi 10 Pro. This might be the first flagship phone with a 66W fast charging phone. The 66 Watts system is said to fully charge the battery on a Xiaomi Mi 10 Pro in 35 minutes. The Mi 10 Pro could feature this fast-charging system.
Mi 10 has an IPS LCD Display. The screen has a resolution of 1440×2560 pixels. It has 20 Megapixel front Camera and the quad rear camera is  108+16+20 Megapixel. It is backed by a 3500 mAh Battery. It also has a new Snapdragon 865 Chipset and comes with 5G network support.

Huawei P30 was the most powerful device in 2019. Huawei Was used as Kirin 980 is the world’s first 7 nm chipset engineered by Huawei to deliver more power efficiency and stronger performance in P30 Pro. Huawei P series is coming with P40 pro which will be more powerful than another device. I guess it has five rear cameras. It’s tough to assume that Huawei goes to reinvent the wheel with regards to the design of the Huawei P40, with the most amazing adjustments set to are available in the shape of digicam upgrades (greater on that during a touch bit).

This 2020 year’s iPhones will reportedly be Apple’s first to support 5G networking. At least one model will support 5G, Though iPhone 12 is arriving this year with 5G network support. iPhone 12 will slightly more expensive across the board. Other reviews point to an all-new iPhone 12 design that kills the notch, in-show Touch ID capability and as a minimum two size.

The Design of OnePlus 8 has already leaked. It is rumored that it has Snapdragon 865 hardware. We expect 48MP + 8MP + 16MP rear camera and also punched hole front camera on the display.

We know Nokia is coming with affordable 5G handset based on Qualcomm Snapdragon 7 series chipset. But we don’t know lot’s more about this device, We guess The phone will have a quad-camera setup with a 64MP primary sensor and also a pop-up selfie camera. We suspect it’s going to be called the Nokia 8.2 due to the fact it is a mid-range telephone ready to be upgraded – and we think it’ll run the Snapdragon 765.

Sahin Alom July 7, 2020
Free Movie Download is difficult for everyone. Download movies for free are illegal. But sometimes we can't buy Netflix premium, Amazon Prime, or any [...]

Realme 6i Review – Price in Bangladesh

Sahin Alom June 13, 2020
After a period of leaks and rumors, the Mi 5 has now been announced, Chinese electronics giant Xiaomi today unveiled Mi band 5 which is named MI smar [...]

Sahin Alom June 9, 2020
I used Premiere Pro cc 2018. Adobe Premiere Pro is the Best Video Editing software I had ever seen. You can edit your video professionally with this [...]
Cyber Security

Unknown: you made a site to teach how to download a movie why don't you make site with direct download links of movies

ITBAJ: Thank you so much